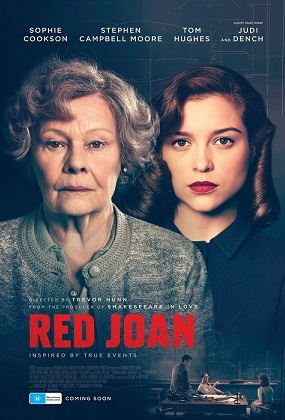 Red Joan is based on the true story of Melita Norwood, one of the most influential living  British spies leaking secrets to the KGB. She is played by Judi Dench, living out her retirement quietly many years later, when she is suddenly arrested by MI5. The film flips back to her time as a young physics student at Cambridge in the 1930s, where she meets a Russian student and begins to question her world view. Working in a top secret nuclear research facility, she becomes convinced that the world will be safer if both sides have access to the same information. The film explores her moral dilemma between betraying her country, and trying to save it.